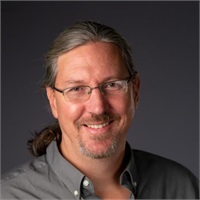 Scott Hill grew up in Dover, Delaware, helping out his parents when they ran several H&R Block offices. Watching how his family ran a financial services franchise, and later their establishment of an independent financial services firm helped establish a life-long interest in finance, taxes, and investing in the stock market.

He would later begin his college studies in economics at the University of Georgia. While studying at the university, interests and concerns with the changing environment lead him to begin studying cultural anthropology and botany with an emphasis on the relationship between people and the environment. After graduating he began working with the Institute of Ecology at the University of Georgia as a field technician collecting a wide variety of data for a long-term ecological research project in the mountains of western North Carolina.

Later, he began a Ph.D. program in cultural anthropology with an emphasis on tropical conservation and development and qualitative and quantitative research methods. In research concerning the social dimensions of biodiversity conservation in the tropical forest region of Cameroon, his research incorporated macro-level demographic and economic factors as well as cultural and political processes to better understand local populations and their relationships to national and international conservation efforts.

While earning a master’s degree and working toward a Ph.D., Scott learned how to manage large data sets and to analyze data with a wide variety of quantitative and qualitative data analysis software. He also learned to interview and work with a wide variety of participants in his research projects. The holistic approach to anthropological study carries over in a number of ways that help Scott to understand the situations of individual clients and helps them to understand how they can plan for the future.

Scott worked at a non-governmental organization that worked with United States Agency of International Development where he coordinated a project helping to rebuild and modernize the Ministry of the Environment in Madagascar. One aspect of this work emphasized the purchase of computer hardware and software and exporting it from the United States to Madagascar. This heightened his understanding of the value of computer technology in international development.

Scott brought this concern for the digital divide to Cameroon where he founded a company called Alternative Futures International, Ltd. This endeavor brought hundreds of computers and other technology to the Cameroonian government, international and local NGOs, universities, small businesses, and individuals. Interests in bridging the digital divide extended to Malawi where he led the Gettysburg-Malawi project that provided over two hundred computers to over thirty organizations in Malawi in honor of Derrick Gondwe, a dearly loved professor of economics at Gettysburg College.

Scott has taught cultural anthropology at Gettysburg College, Virginia Commonwealth University, and Randolf-Macon College. With over ten years of teaching college students, he developed a detailed and broad understanding of cultures around the world. His approach always emphasized taking a holistic and historical perspective on understanding economic and cultural change. Through working with hundreds of millennial students, he’s developed a healthy respect for this intelligent, engaged, and tech savvy generation.

In 2015, Scott was presented with an opportunity to begin a career in investment advising and tax preparation with the family firm J.A. Hill Associates. After careful consideration he embarked on this career change with zeal. Learning the processes of running a financial services business brought him back to a career that he thought he would be doing back when he was in high school. One of the most appealing features of financial advising is the long-term relationships that are developed between clients and the ability to help them make important decisions that will affect their future.

In 2018, though diligent study and on-the-job training Scott passed the Series 7 and Series 66 exams required to work as a registered representative and investment advisor representative. He also passed the exams necessary to be an insurance agent for health and life insurance. In 2019, he finished coursework and the exam to become an Accredited Investment Fiduciary (AIF®). He also became registered with the IRS with their Annual Filing Season Program to improve his knowledge and skill in preparing individual and trust tax returns.